Description:
TRON: Evolution PSP drops you directly into the heart of the TRON universe as you compete in a series of action-packed game grid challenges, in your quest to become the ultimate Grid Games champion. Race in intense light cycle action, battle in strategic tank combat, and engage in light disc melee from a unique top down view. With each victory, your power and ability to customize will grow as you climb to the top of the TRON Grid world!

A familiar face from the outside world has organized the first Grid Games Tournament of Champions in Tron: Evolution on PSP. Players advance and customize their character as they compete in an extensive series of action-packed game grid challenges, ranging from intense light cycle racing, to light disc combat. Players can battle and compete with up to four friends in multiple head-to-head matches and play modes. Players can also unlock exciting bonus content that is sure hit home with Tron fans. 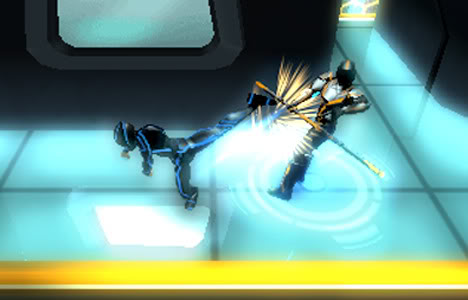 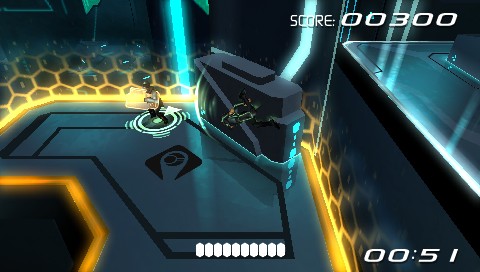